“Cocoon” garments to reassure and protect.

Skirts, trousers and shirts… to adopt forever and mix according to the moment.

A luminous palette: bright greens, blues and reds combined with the classic black and white. 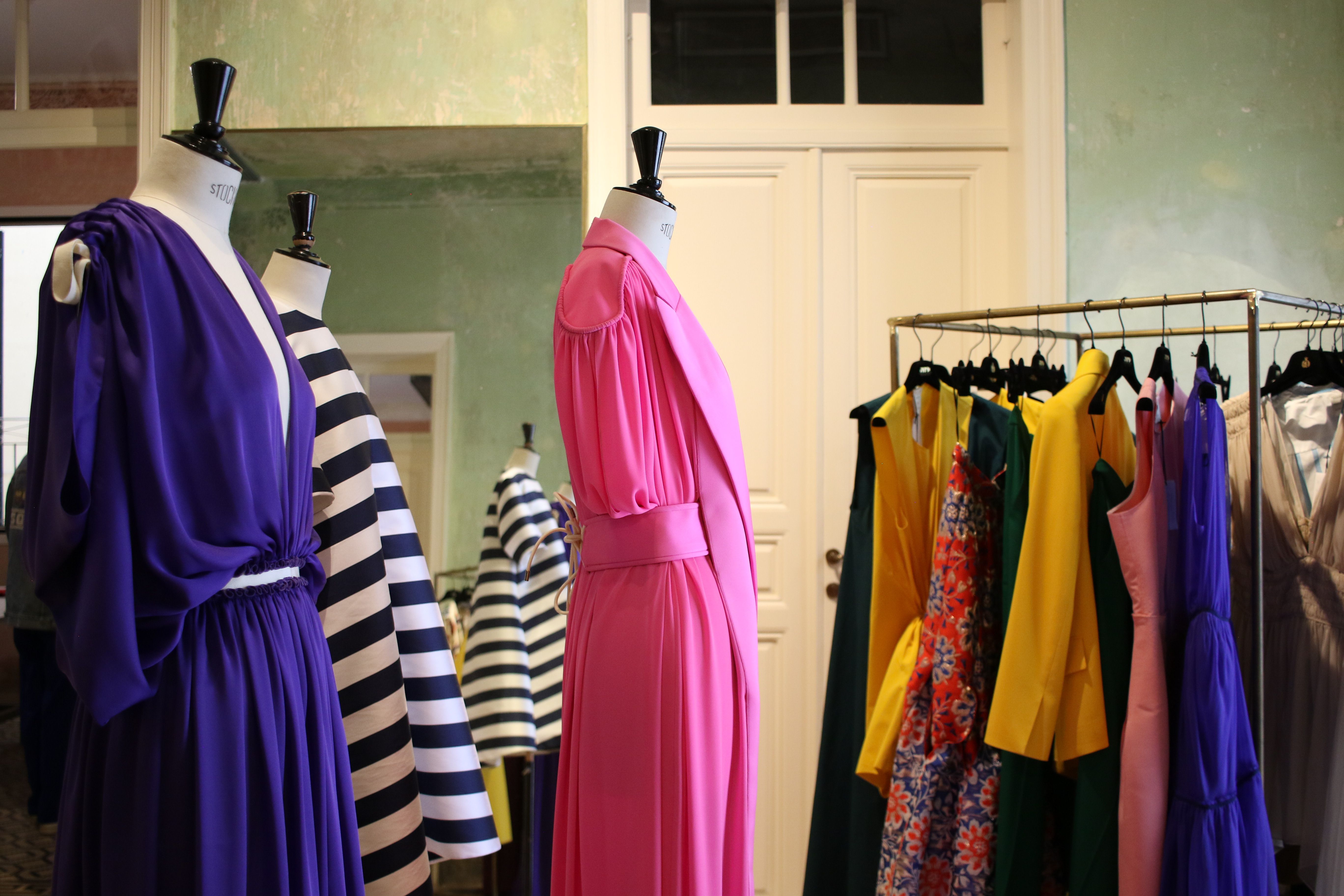 Our temporary showroom in Beirut

The extraordinarily violent blast of August 4, 2020 left our magnificent boutique entirely destroyed. And Rabih himself seriously injured. Thankfully, after a few months of convalescence, he is on his way to a full recovery.

Despite the shock and the sadness, we have been determined to rebuild and restore the beauty and the magic of this place. We are committed to our amazing Beirut team, and more than ever we want to support the creativity of our Beirut ateliers.

While we cannot know for certain when the boutique will be operational again, we have set up a temporary boutique and atelier, a stone’s throw from 320 rue Gouraud.

Thanks to the strength and resourcefulness of our local team, a smaller albeit charming venue has been redecorated and can welcome our clients and friends, whose loyalty and support has been the most beautiful gift in this troubled period.
Our boutique at 320 Rue Gouraud is being rebuilt and will re-open more magnificent than ever – we will make sure to update you as and when it is ready - stay tuned!

What if Beirut and Paris were hanging by a thread, a drawing, a mouvement, a line, a grain ?

In Beirut, the dress is dreamt, imagined, conceived, sketched, drawn. In Paris, it takes shape, comes to life, gets woven. Alive, playful, orange-red.

More than a simple unveiling of a dress, 320/38 is an invitation into the intimate creative world of Rabih Kayrouz. Unable to be next to his creation – a few 4.168,33 km apart – the designer, while in 320 Gouraud Street / Beirut, conjures distance by using his pen, his hands, his vision ; aesthetics that will later be fulfilled in 38 Boulevard Raspail / Paris.

There, in Beirut, the "sublime petites mains", caressed by the morning light, weave an imaginary gros grain, like a thin thread which will materialize in a studio flooded with the light of a Parisian afternoon.

In Beirut, this sample.
In Paris, this creation.
Color erupts. 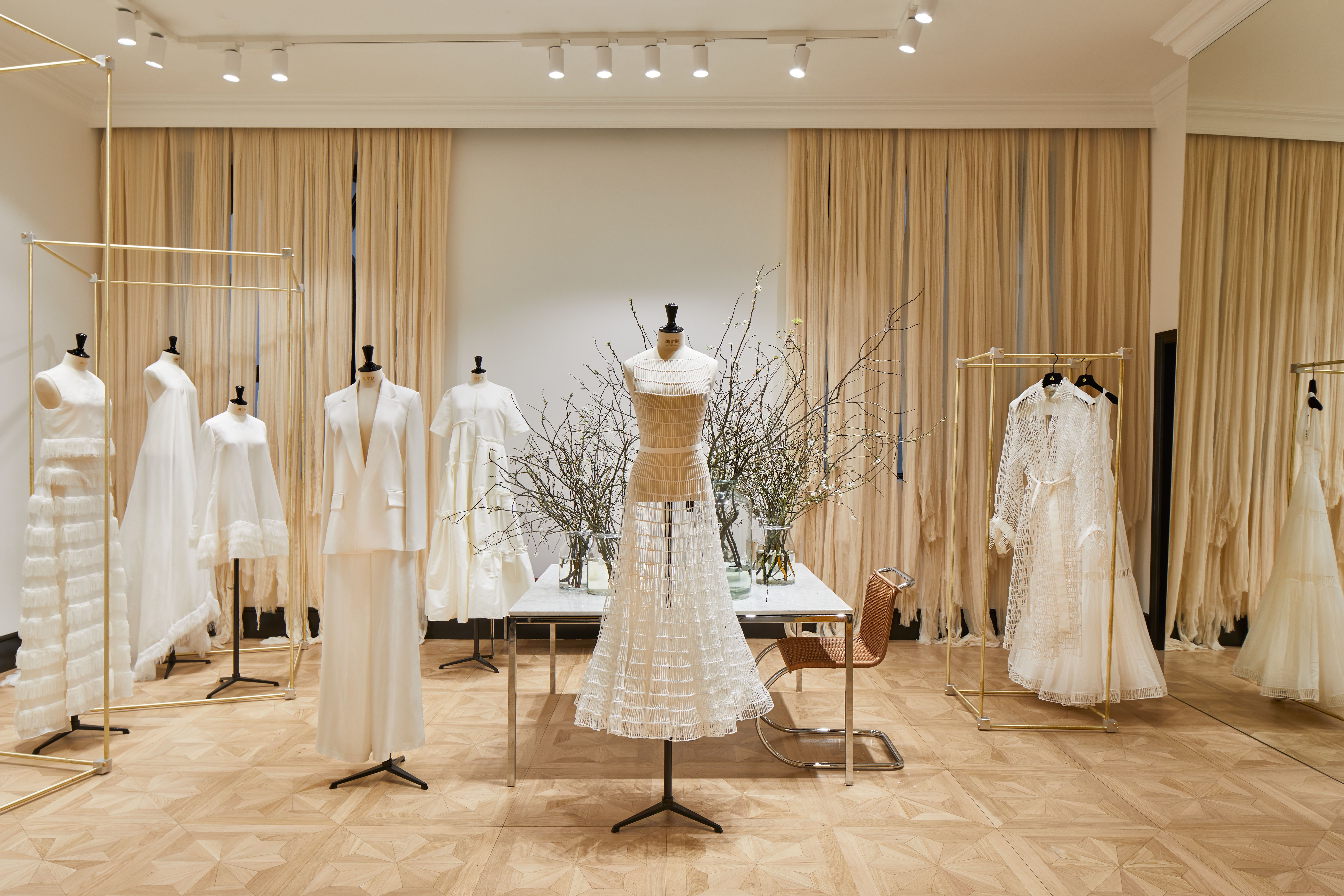 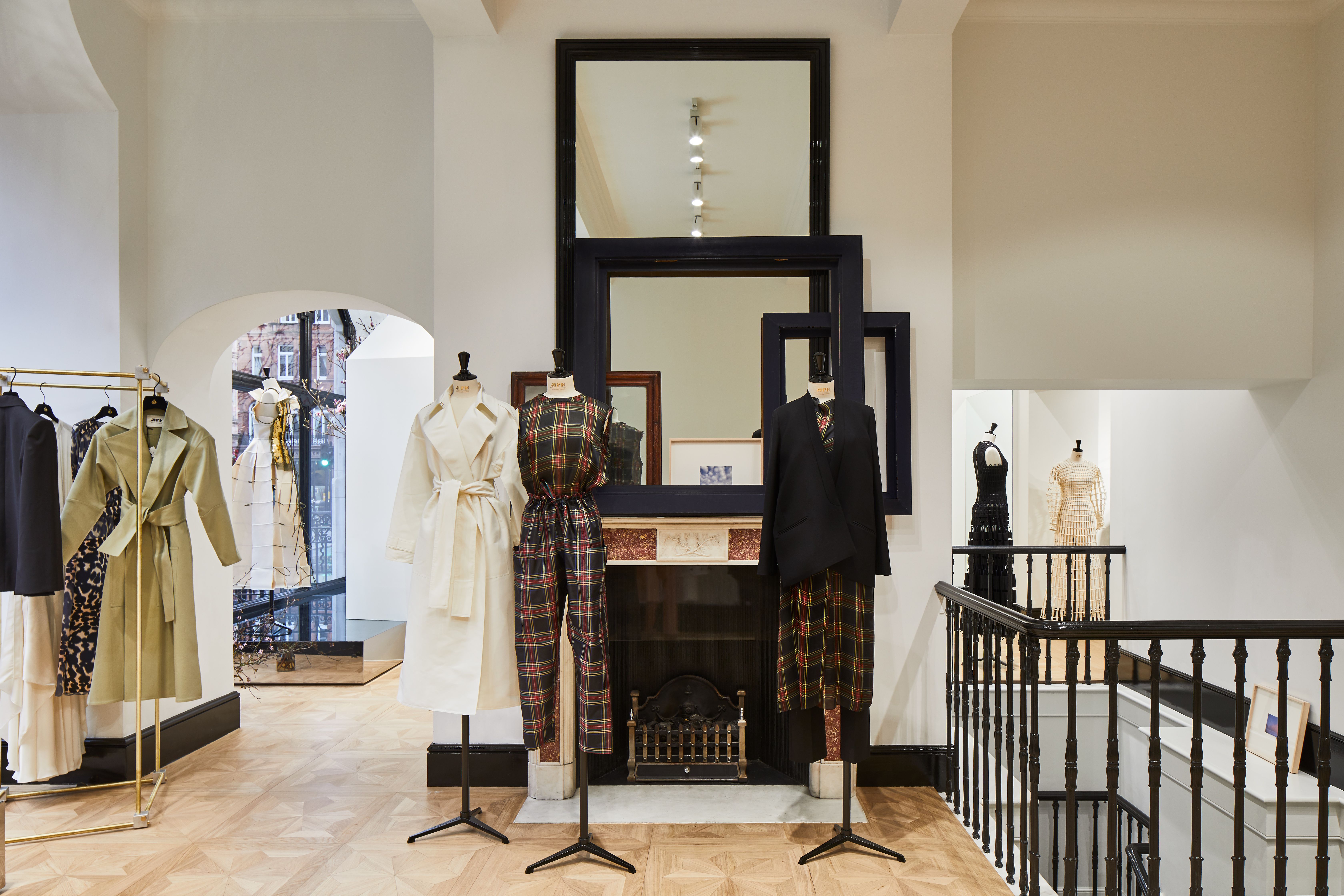 Maison Rabih Kayrouz is delighted to announce the much-anticipated launch of its first ever London flagship, to coincide with this month’s London Fashion Week (14-17 February).

Situated on Mount Street in Mayfair, the new London flagship is an expansive double-fronted space with interiors curated by Rabih Kayrouz himself.

The tour culminates on the Couture salon. Here visitors will find Maison Rabih Kayrouz’s latest Couture collection which was shown during Paris Fashion Week in January.